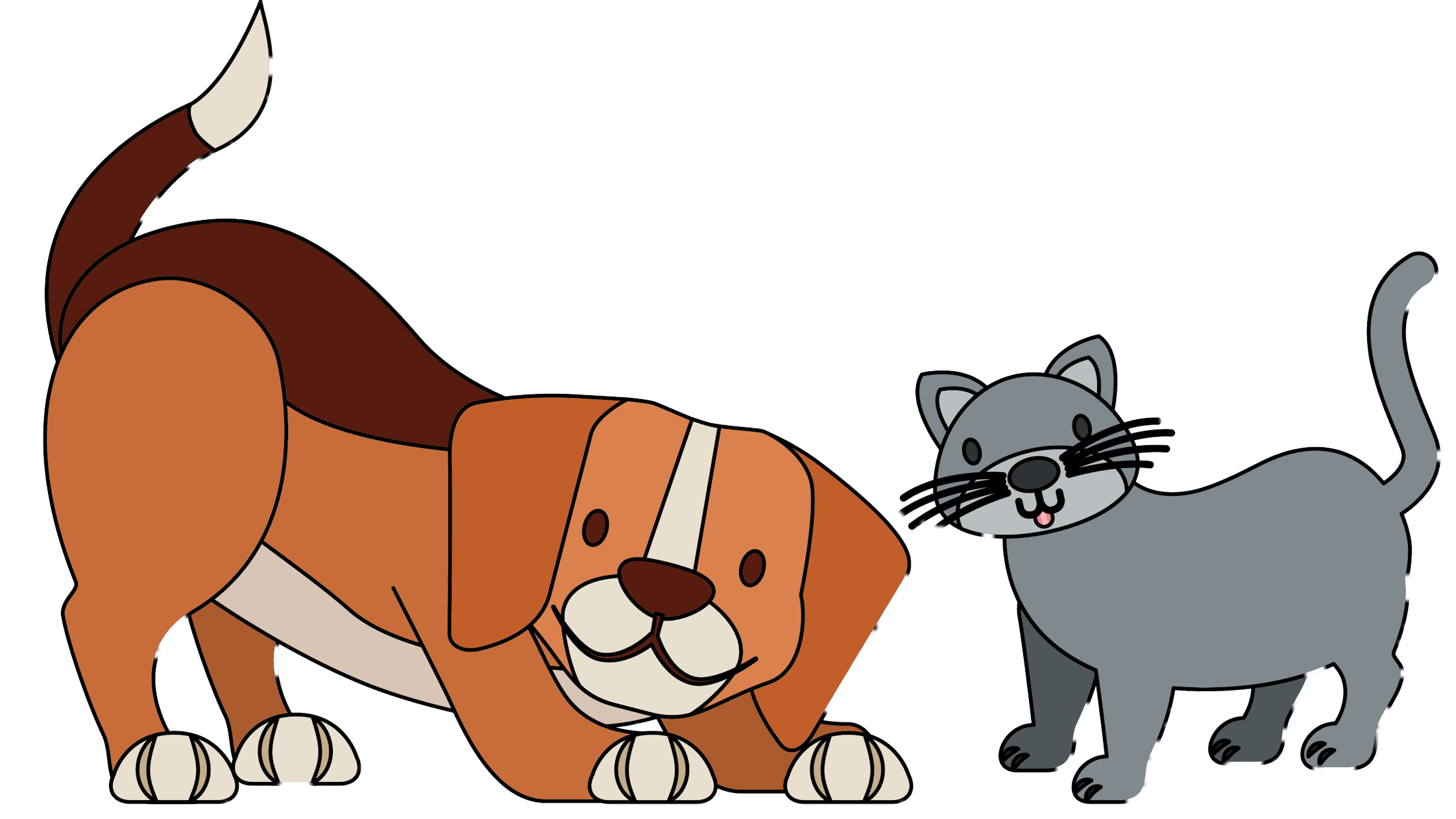 Kittens are coming soon! Stay tuned to find out how many.

This is Keim (AKA- “Kiki”, per her current Foster Mom)

* Since, she was found off Keim in Aurora (Deerbrook subdivision)- her name at least at the moment, is “ Keim “. (With dozens & dozens of Animals listed under my Rescue Acct at my Vet Clinic- the best way to keep them separated I had learned yrs ago by seasoned veteran Rescuers.. is by naming them after the location, where they were found.)

For those, who started this journey with us less than 2 wks ago- about the pregnant stray cat that my Pet Sitting Client had asked me to help with. Yes, she is still doing well & getting closer to having kittens soon.

(Note: If, anyone would be interested in Fostering her (Until, the time the kittens are weaned & ready for Adoption in about 12 wks). OR, if anyone is interested in Adopting this adorable young Momma cat or her future kittens… please, feel free to contact me.)

It is AMAZING, how sometimes… Animals just KNOW when they need Human assistance & intervention! As she literally, sought out my Client Donna & was “asking for help”- in her own Kitty fashion. Donna, had contacted me around 9:15pm-asking for advice on what to do? As this stray cat she’d never seen before – just emerged out of the darkness. And, was determined to get her attention! As the kitty was persistent in wrapping herself around Donna’s legs & being quite vocal.

Donna was concerned it was someone’s missing pet & didn’t want this friendly cat to potentially get eaten by coyotes. Of course, I agreed to come meet her… as fast as I could get there. As long as, she could keep a visual sight on the loose feline! Before I left my house, I contacted another Client of mine, Beth- who also lives nearby (And, who has collaborated with me numerous times before, for cats in need.). I asked, “… if the Beth Hotel for Cats, on Short Notice was available?”. LOL!

She agreed, that if we successfully caught the cat- I could bring them over.

By the time I got to the location, Donna was standing under the corner Street light at 10pm at night, with this stray cat calmly held in her arms. She was so sweet, friendly, & easy to handle! Thankfully, she never tried to jump out of her arms or run away, either.

Fortunately, Beth was graciously willing to Foster her temporarily overnight at her house, instead. At least, until we could figure things out & get the cat into a Vet Clinic (in order to be scanned for a Microchip). In retrospect, it appears that this cat was CLEARLY, trying to get to a safe place & in advance of giving birth soon.

And, where she could get some food, safety, shelter, medical care, & be sheltered from the terrifyingly loud “4th of July fireworks”, etc. While, Beth & I were taking inventory of all necessary items they would need (food, H2O, litter box, etc.). It was at this time, Beth & I determined it was pretty obvious that this stray cat was likely not only Female. But, VERY pregnant, too.  Keim, was SO HUNGRY – that she literally ate non-stop for like 30-45 mins… on the 1st night that we got her. THAT, was impressive! As most cats, never take that long to eat.

We suspect, that she had not been out on her own, for very long. Although, we will never know the answer as to “How or Why”, either. Our guess is… probably out on her own, only 1-2 Days. As she was clearly not dehydrated, only hungry. Plus, she was in good health & condition, over all. No fleas or dirty fur, either.

Luckily, when I called my Vet Clinic – they had a last minute Cancellation. So, I was able to get her in right away. Otherwise, it was going to be a couple weeks for even a Wellness Exam. Unfortunately, our trip to the Vet on Fri, July 1st confirmed she had NO Microchip & yes, she was very pregnant.

Currently, she is now being Fostered at the home of 1 of my Pet Care associates, Christie (Thankfully, all 3 of these fantastic people live near where we got her, on June 30th). And, Keim is one of the MOST affectionate, sweet & loving cats I’ve ever met! As she just has a PHENOMENAL temperament & personality! Someday soon, she will be an incredible companion for someone. In the meantime, we are on the countdown for her to deliver kittens sometime in the next 2 wks, most likely. (As of this writing, Mon, 7-11-22- we’re guessing she’ll have them sometime between July 14 th – 23rd .)

Thankfully, the kind person who found her, has graciously covered her initial Vet expenses. So far, she has had an: Exam, Rabies shot, FeLv/FIV Test (Yay! Results were -Neg), Worming, Fecal Test & 1 X-ray. That, was trying to determine (as a baseline) how many kittens are expected & maybe how far into her gestation period she was?? We’ve learned per the Vet, that she is approximately 9-12 months old & since she’s so young & this is likely her 1 st litter. That, she may only have 2-3 kittens. However, that is not always true. I hope, it’s not like my experience last time 2 yrs ago.

Like, with the Momma Cat & when I was helping to deliver her kittens in 2020.. the situation was pretty accurate according to her advanced X-Rays. As the Vet that time, said there would likely be 5 or 6 Kittens. After the 5 th kitten was successfully born. Yes, I thought we were all done! But, about 45 mins later… her labor continued & out popped # 6!

And, yes… Bella ended up having 6 live/healthy beautiful babies. Although, since it was the same day Bella was found/recovered safely. Unbeknownst to us, we had apparently done the X-Ray closer to the actual delivery date, that time. When, they are more developed & their little spines/bodies are visible. So, the babies were pretty easily seen on X-ray. (However, in Keim’s case, when we did X-rays on 7-1-22 (the day after we got her)… they were still too underdeveloped yet – in order, to have any accurate idea of “Kitten Quantity” in the litter. )

Which, is why if we can generate enough funds to cover the next expected Vet expenses?? I would really like to get another 1 ($45) or 2 ($75) X-Rays – done sometime around July 15-21st. Depending, on Clinic appt availability & how long we feel we can wait?… But, before she actually is ready to deliver. It would be helpful insight, at time of Keim giving birth.. To know, with some level of accuracy. As to whether we have them all out, yet? Or, if any were stuck/having complications, during the birthing process, etc?

Another kind person off of Nextdoor had graciously covered the $16 different worming medication needed recently. (By just calling in a payment over the ph, to the Vet clinic.) Since, she came back being +Pos for Giardia, per results from her Fecal test.

Our other need, currently for her – is having someone cover the cost of getting a box of Feline Probiotic “Fortiflora”. As she’s suddenly developed a serious case of loose bowels. We are trying to help her recover with a more holistic approach, initially. As prescribed Diarrhea meds could affect unborn fetuses. So, we don’t want to do that, unless, we have no other choice. Plus, I had a consult with my Vet on 7-11-22 & she’s filled the script for the Fortiflora. And, I’m happy to pick it up. But, just need help in covering all her expenses at the Vet Clinic.

Kind & generous Animal loving people, can call directly into Oswego Animal Hospital (during their Open Business Hrs, to make a $ Contribution Pymt on the Acct #6292 for “Hearts In Harmony Farm”, via Tina Fisher. Their ph# is: 630-499-8820. This may be a direct option for those who may not want to give $$ to a person. In this case, people would put money on the Animal Rescue Acct. Whether used now, for immediate needs. Or, held as a Credit & can be used for the Hundreds of $$ it will take to get them all fixed, shots, wormed, tested, etc & ready for Adoption.

It doesn’t matter how much/little a Rescue charges as an “Adoption fee”. As the behind the scenes REAL costs to get a pet ready for Adoption.. is actually going to be somewhere between $300-$500, PER animal. And, that’s assuming it’s just the Basics needed. And, praying that none of the kittens or Keim need medications, or more advanced tests or surgery later on.

Note: Females are more expensive, than Males to fix. Simply, because to Spay a female animal it’s a much more invasive procedure, needs more anesthesia, and surgical skill, etc. – than in the process of Neutering a Male pet.

People can also support Hearts In Harmony Farm & these pets in need in other methods– by providing a Cash or Check (written out to Hearts In Harmony Farm) donation. That method is faster & has no fees. As Paypal/Greater Good Fundraising from even AmazonSmile- has a lag time of months. As they deposit a payment into the Acct for Hearts In Harmony Farm, like 1x/Fiscal Qtr. So, it could be up to 3 months to actually see the funds. Every single penny goes towards the animals I’m helping!

So, can also make a contribution via the donation methods on this website. Don’t forget, if you purchase stuff from Amazon & don’t have a Charity designated yet via the altruistic aspect of Amazon, (known as Amazon Smile)… Please, consider designating Heart In Harmony Farm-Aurora as your Charity of Choice. They donate .5% of nearly all items avail via Amazon. It DOESN”T cost the Buyer anything, either! You can feel good about giving FREE $$ to a worthy Charity! Thanks so much in advance!

It takes a village! On behalf of Keim & her growing family – Thank you for your support!